I have competed regularly over the last 10 years in dog grooming competitions, I have been quite successful gaining 1st places with various breeds and cross breeds. Some of my biggest achievements are:

In 2009 I won the junior group overall at the British dog grooming championships with Chicho a crossbreed which qualified me to compete in the YKC groomer of the year 2010 at Crufts.

In 2012 I became Creative stylist of the year with my standard poodle Lottie at the English groomers challenge, creative grooming Isn’t everyone’s thing but I enjoy it and I take the up most care to ensure the dogs safety and wellbeing with the products used.

In 2014 I won the experienced group overall at the British dog grooming championship with my miniature poodle Todd and an Irish terrier called Kerry, I’ve been taking a break from grooming comps for a few years as I also regularly compete in dog agility I do hope to get back to grooming shows in the future, I judged the creative grooming at southwest grooming show in July 2017.

In 2018 I competed at the Southwest Supergroom with Buckley a Labradoodle and placed Third, also competed at the British Dog Grooming Championships with Penny a Wheaten Terrier where I placed First.

Please take a look at some of the work we have done and awards we have won.

We are located at:

If you have any queries or wish to make an appointment, please contact us:

Get social with us. 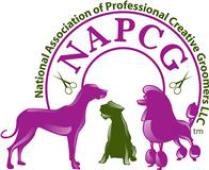